Cancer and HIV are both very complex diseases, much more so than COVID 19. Cancer is also not just one disease, it is multiple diseases that can occur in many areas of the body and be different in each area. In addition, there is an HPV vaccine for cancer. You simply cannot compare these disease processes in an argument against the vaccine. It’s absurd.

This vaccine has not been rushed. It has completed all the necessary measures and safety checks. It has come to fruition quickly because there has been so much time, attention, and resources directed towards creating a vaccine.

I believe in the truth. Please be sure to check the facts instead of just making assumptions. There are a lot of people out there just saying whatever they want. It appears telling lies is more common now than ever before. Please do your own research and find the truth and do not spread lies. When you are looking for information be sure to look at reliable sources. Look at research studies and check the validity of the study.

A Message to Those Who Hate

Lisa Karen
Personal Development
It is not ok to hate. You should have learned this simple concept by the age of five (at the least), but apparently it bares repeating. It feels like there is more hate in the world these past few years. People who have hatred towards other groups of people, feel more empowered to be more vocal about it. For those who hate, I ask you to soften your...
Continue reading
1011 Hits
0 Comments
1011 Hits
0 Comments

My Experience with Planned Parenthood

For those of you that are pro life/anti-abortion, you are going to love this article because it is about preventing abortions. I feel it is important with any topic to have a wide view with an open heart rather than a narrow view with an angry heart.

First let me start from the beginning. I was 16 when I first went to Planned Parenthood. I was not having sex and had decided I wanted to wait until I was in a long-term meaningful relationship before having sexual relations. However, I had horrible dysmenorrhea, which is painful cramps during menstruation. On the first day of my period I writhed in pain all day and had cramps so severe that I would vomit. I actually hoped I would vomit because that was the only time I had relief from the cramping pain. I had heard that birth control pills could help this situation and was willing to try anything.

At the time, my family situation was not the greatest and my parents had their own individual issues as well as marital issues and were going through a divorce. I had emotionally distanced myself from them and did not feel comfortable talking to either of them about this. I also knew that my Mother would not believe me and not approve. She would have thought I was lying and was actually having sex. We had the conversation in the past and she accused me of not being a virgin. So I, like most teenage girls, needed confidential healthcare.

Most girls do not feel comfortable talking to their parents about birth control and are terrified of their parents knowing they are being sexually active. That’s just the reality. Most girls I knew were going to Planned Parenthood for birth control and if they hadn’t, they would have become pregnant. It was our safe place. A place we could get the care we needed in confidence, thereby preventing pregnancy, thereby preventing abortion (in most cases). If you dislike people having abortions, you should be all for what Planned Parenthood does to prevent pregnancy.

So I went to Planned Parenthood and was placed on birth control which completely eliminated the dysmenorrhea. When I lost my virginity by date rape a year later I was very glad that I was on birth control. After the rape I was terrified and definitely did not feel comfortable telling my family about what happened. I went to Planned Parenthood to make sure I was physically ok. It was the only place I could turn to for help.

I used the services of Planned Parenthood even after I was married because I could not get health insurance through my work and could not afford to get it on my own. My husband and I wanted to plan our pregnancy and wait to have children and Planned Parenthood made that possible. I was also able to get yearly preventative physicals/cancer screenings.

If it were not for Planned Parenthood, there would be so many more unplanned pregnancies. It is ignorance to just focus on the abortion component of it, and for the record, not all Planned Parenthoods conduct abortions. I would say most do not. I am not a fan of abortions, but I also know that Planned Parenthood does so many great things regarding women’s health.

If you are against abortions stop putting so much energy into complaining about Planned Parenthood and put that energy into preventing unwanted pregnancies in the first place. You are a buttface if you think it is ok to complain about something without having a solution or helping the solution. If you don’t like it, do something about it, but do something constructive and effective. Start a program to increase self-esteem amongst girls so they won’t turn to sex for feelings of fulfillment or love. Become a foster parent, adopt a chid in the foster system, educate our youth, get involved with our youth in a positive way…ask the one program in our nation that is trying to do something to prevent unwanted pregnancy by giving access to birth control to everyone, what you can do to help prevent unwanted pregnancies. That one program, is call Planned Parenthood. Let me know if you need their number. 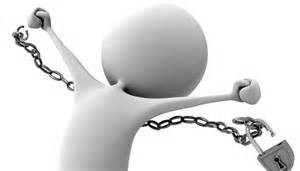 As I am working on a new adventure fear keeps bringing me to the point of wanting to quit. I mean paralyzing fear, sometimes terror, and thoughts of "what on earth am I thinking…I can't do this…people will think I'm crazy". I then realized that I have two choices; I can either try and fail or succeed, or not try at all. It is much worse to not try ...
Continue reading
1142 Hits
0 Comments
1142 Hits
0 Comments

No Matter What, We Are Not Divided

What If Men Menstruated?

I'm not sure why my odd (yet brilliant) brain decided to even think about this in the first place. I think it stemmed from the fact that things are not very fair when looking at annoying things we have to deal with in life due to our sex. I mean, think about it. Women have to grow breasts, menstruate on a monthly basis, be pregnant for 10 months (I...
Continue reading
1542 Hits
0 Comments
1542 Hits
0 Comments

Why You Should Love Your Beautiful Self 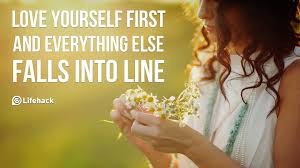 I don't believe we were put on this earth to be miserable. I believe we are here to learn, grow, and find the path to experience joy. However, we often end up on a path that can be self-destructive, negative, and harmful to ourselves in one way or another. I think the key that opens the door to everything you want and puts you on the path you are m...
Continue reading
2392 Hits
0 Comments
2392 Hits
0 Comments

Animals Attack! My First Summer (OF HORROR) Living up North 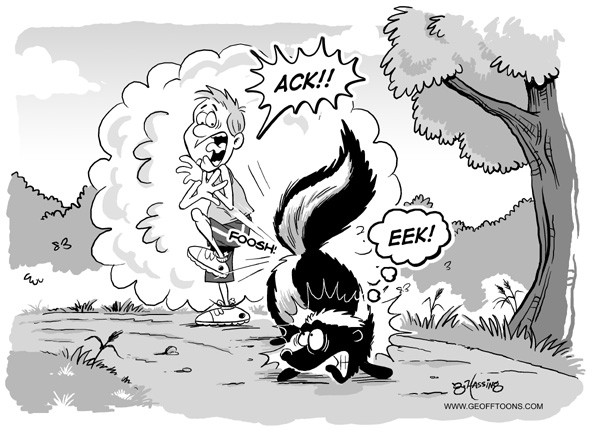 Was it a sign from Mother Nature that I was not meant to live in northern Minnesota? I sure thought so! I grew up on a hog farm in between Faribault and Northfield. So I was surrounded by fields, with some patches of trees here and there. I loved growing up on a farm in southern Minnesota and after my first summer living up north I was ready to hea...
Continue reading
1551 Hits
0 Comments
1551 Hits
0 Comments

Before You Judge, Here's the Thing About Prince's Death

Lisa Karen
Things That Are Stupid Other Coolbeans Stuff
Before you go around making an assumption that Prince was a drug addict, allow me to enlighten you about the growing problem of narcotic medications being used to treat chronic illness. First of all, I (nor you), do not know the facts surrounding his death, but it would seem that he passed away from an overdose of subscription opioid pain medicatio...
Continue reading
3717 Hits
0 Comments
3717 Hits
0 Comments

Hey, Guess What? You are God, Kinda. 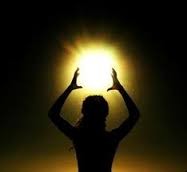 How's that for a topic! You may be wondering what on earth I am talking about. Well put your seatbelt on, we are going for a ride! What I'm about to share is probably not something you have thought of or heard before, but bear with me and keep an open mind. And no, I promise you, I have not gone wacky crackers.  Every human being is energy and...
Continue reading
1472 Hits
0 Comments
1472 Hits
0 Comments 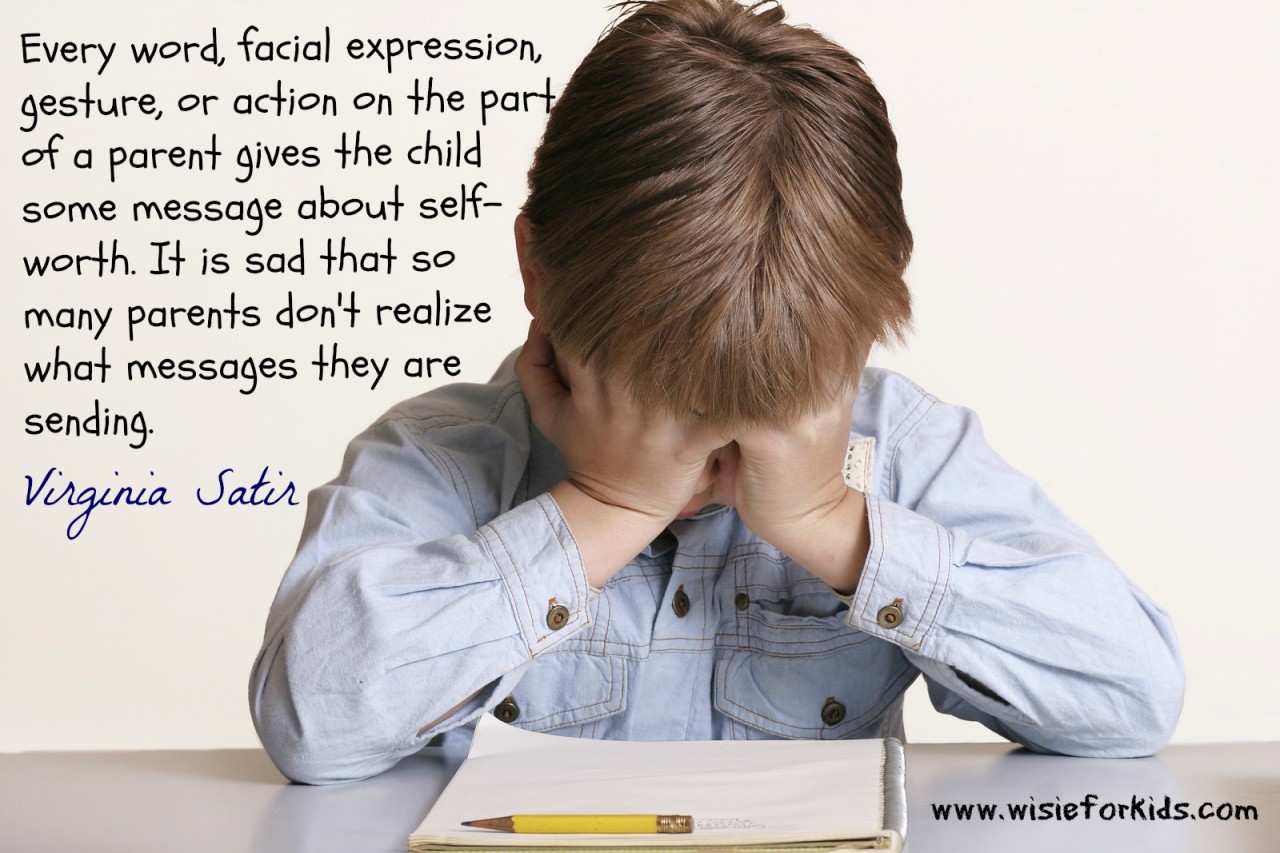 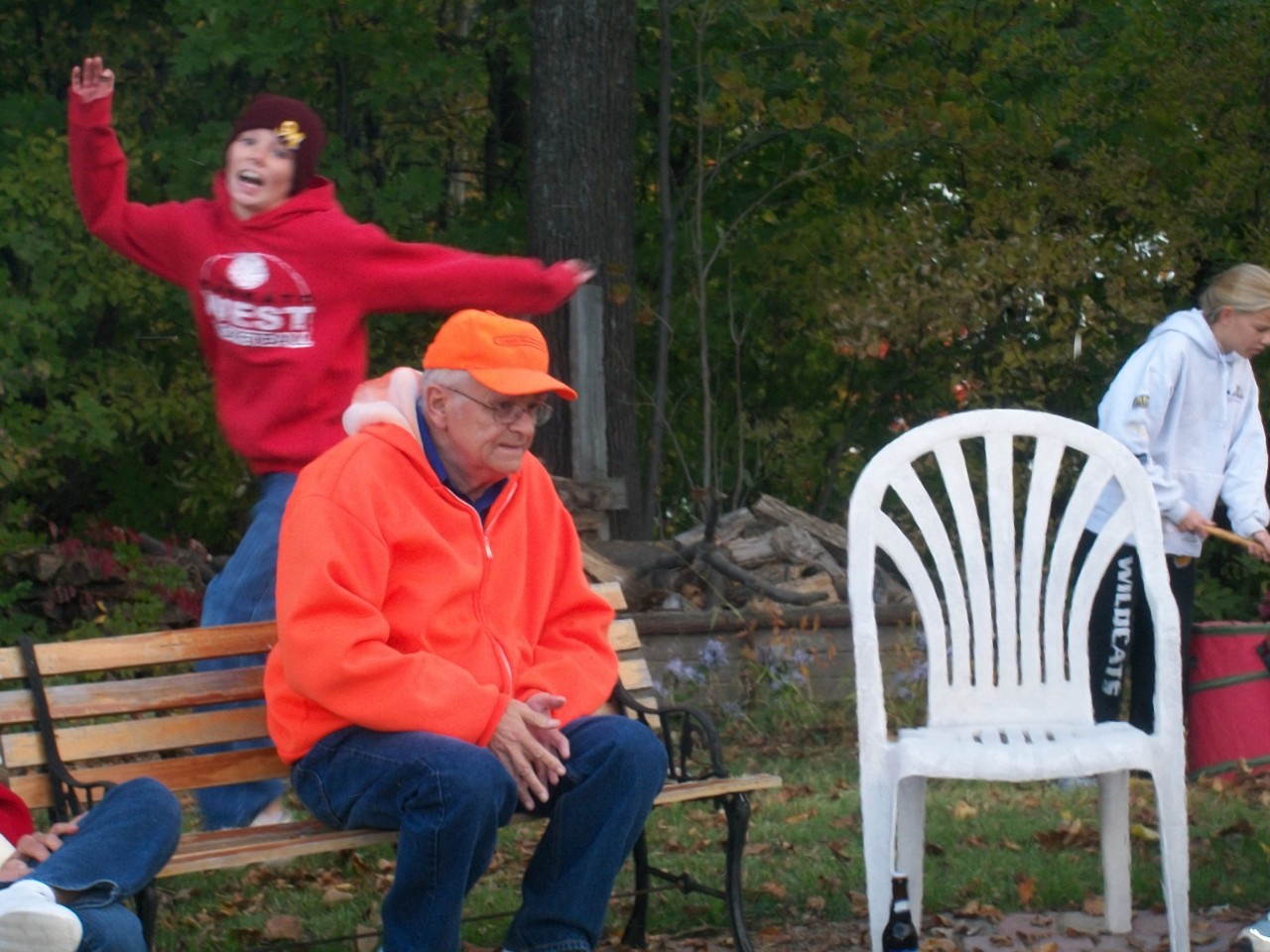 This is one of my articles that was in the Star Tribune. I wrote it specifically to honor my Father and am grateful I was able to share it with him before he passed.  There was a time when rural country areas were inhabited by family farms. Really, a unique sub-culture that personifies true human nature and the American way. That time seems to...
Continue reading
1599 Hits
0 Comments
1599 Hits
0 Comments 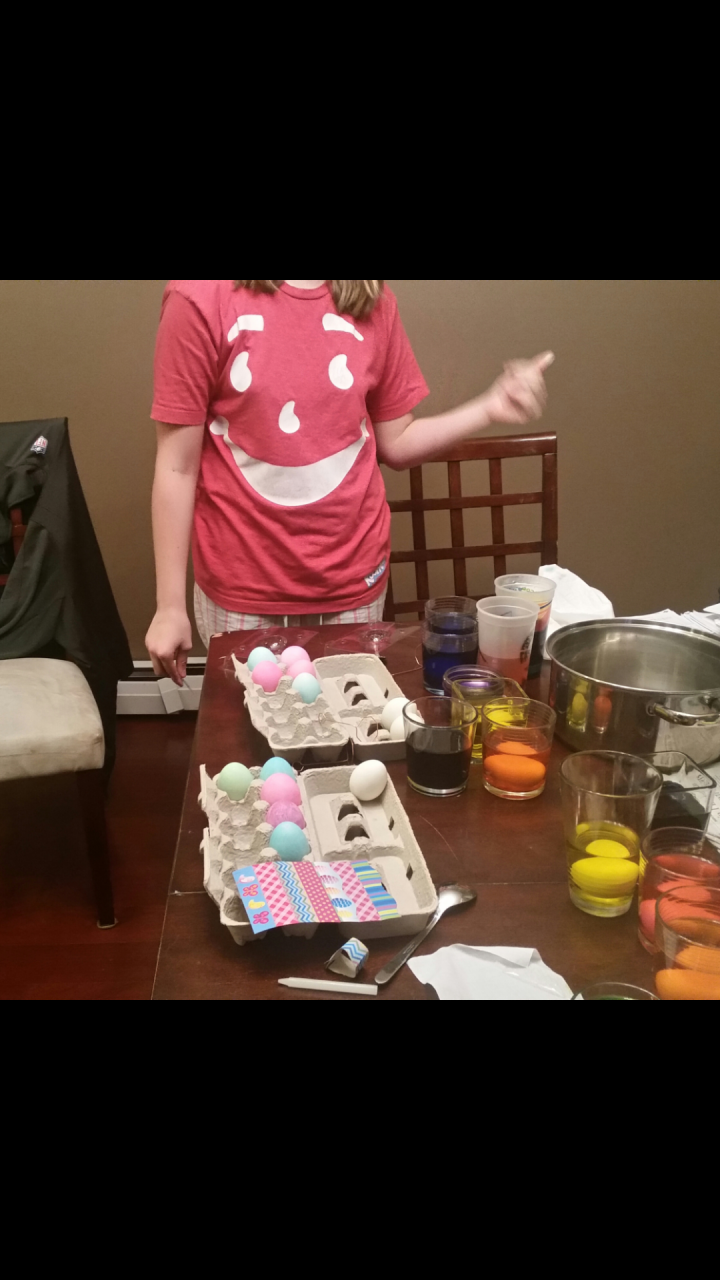 Oh joy, another holiday is upon us! I know I'm suppose to be focusing on the meaning of Easter or whatever holiday it may be, but I'm to busy boiling eggs, painting eggs, buying plastic eggs and candy, stuffing plastic eggs with candy, eating some of the candy I'm stuffing in the eggs, planning an easter menu, clipping coupons, buying groceries, co...
Continue reading
1502 Hits
0 Comments
1502 Hits
0 Comments 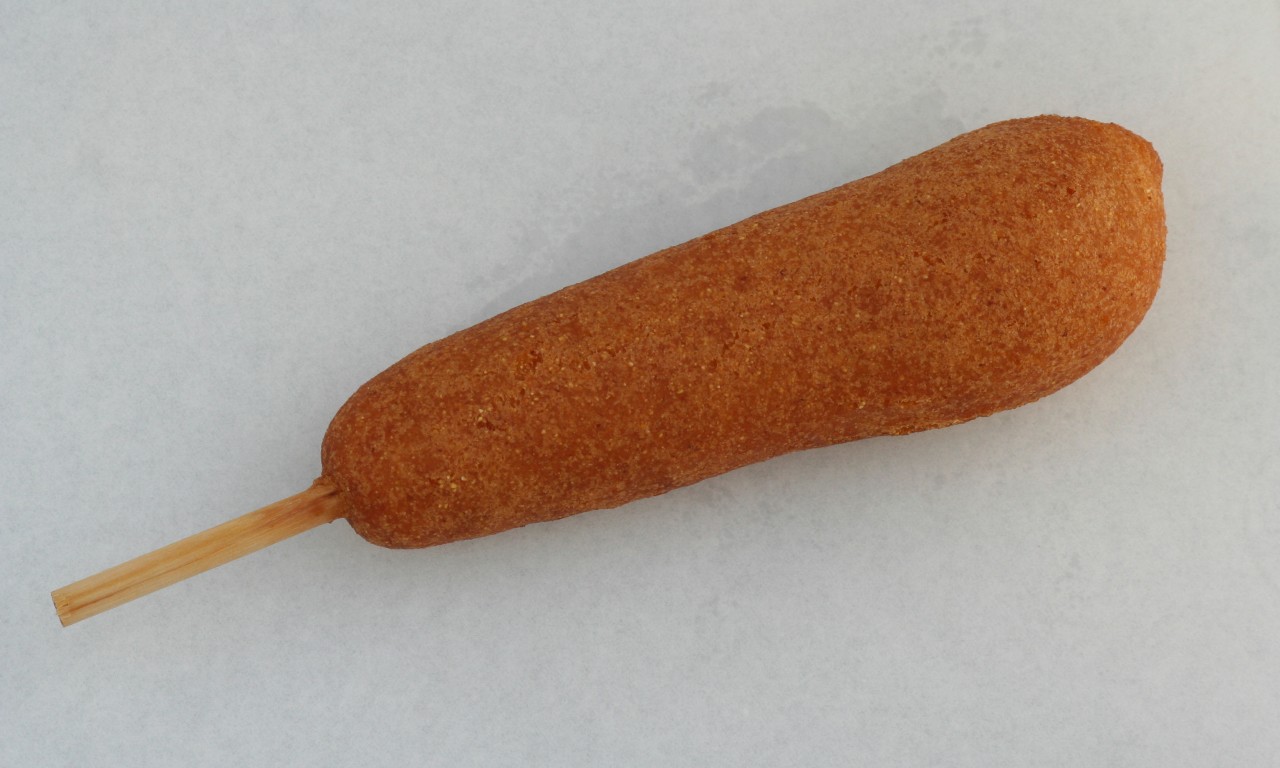 So, let me get this straight, studies indicate that when children are eating healthy foods they do better academically, are more alert, and have more energy throughout the day. If this is the case then why do the schools give children unhealthy food choices on a daily basis? This seems contradictory. When I worked as a school nurse I would often be...
Continue reading
1945 Hits
0 Comments
1945 Hits
0 Comments

Having Kids Messes You Up! 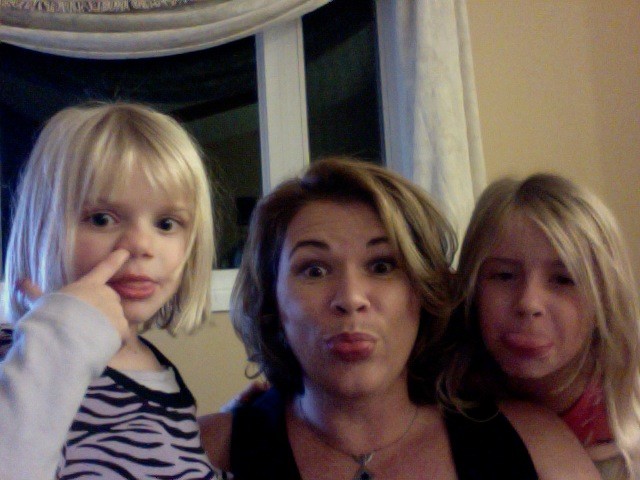 I can vaguely recall a time when I could sneeze without wetting myself. That was before I had children. All you hear about is how wonderful having children is. Oh sure, that is true, but somehow people forget to tell you about the after effects, such as incontinence, saggy breasts, hemorrhoids, stretch marks, fatness, larger feet, weird varicose ve...
Continue reading
1624 Hits
0 Comments
1624 Hits
0 Comments 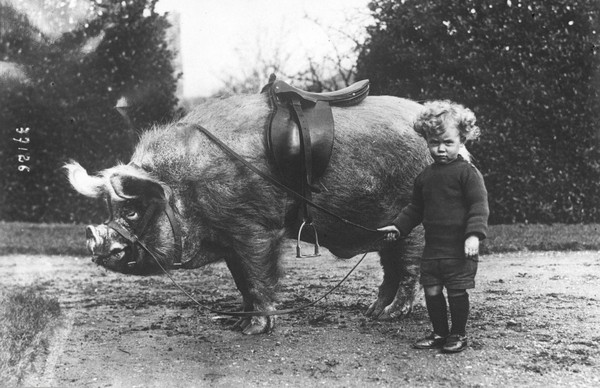 There are many dangers of growing up on a farm. Not scary dangers, mind you; fun dangers. The kind of dangers that nearly kill you, but you have more fun nearly getting killed than playing with dolls, riding bikes, and non-lethal boring things the city folk do. For instance, the time we climbed into the corn bin to jump in the corn and my brother M...
Continue reading
1659 Hits
0 Comments
1659 Hits
0 Comments 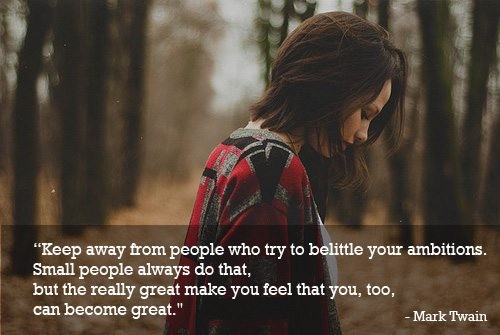 What I Want Everyone to Know 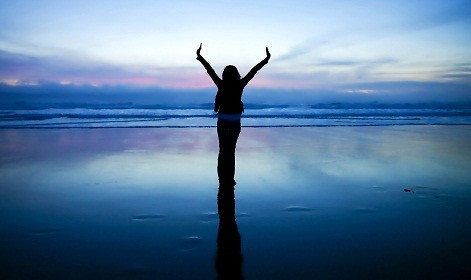